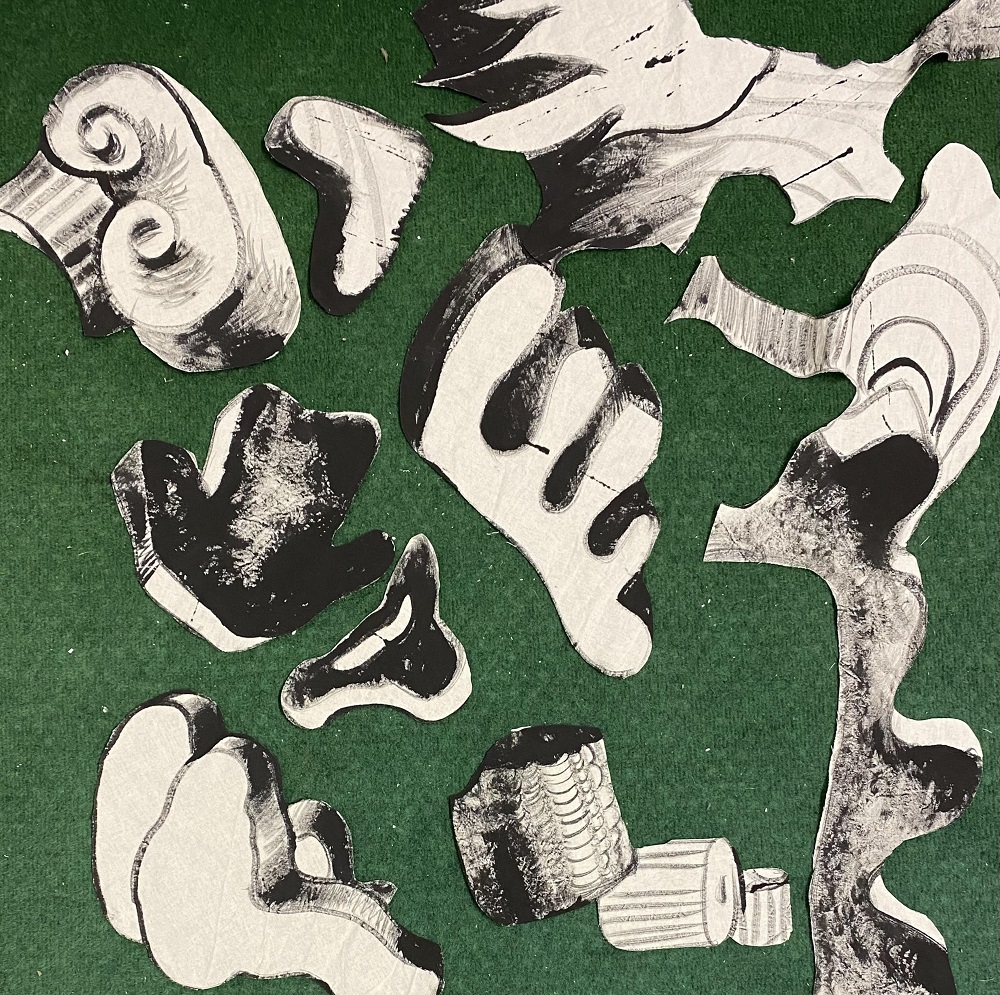 Lisa Moll (*1990 in Ravensburg, lives and works in Stuttgart) works between music, performance and painting. Starting with the observation of contemporary phenomena, she deals with archaic visual languages, repetition and movement. Her canvas formats are round, flexible and foldable; the plastic image carriers unfold into sculptural objects. Based on loops, song and language merge into new entities.

For the exhibition in the SCHAUFENSTER JUNGE KUNST, the artist deals with the building of the museum. In the exhibition mæme, created especially for the space, foldable image formats and vocal set pieces meet. At the centre of the experiential installation is the action of humming. Humming transforms the human voice into sound, which makes it possible to experience the body as space.

Lisa Moll studied at the Staatliche Akademie der Bildenden Künste Stuttgart from 2011 to 2018. In 2014, she continued her art studies for one year at the Ecole nationale supérieure des beaux-arts de Lyon. She received her musical training at the Hochschule für Kirchenmusik Rottenburg a.N. and as a guest student at the Staatliche Hochschule für Musik und Darstellende Kunst Stuttgart. She was then a master student in the Weißenhof programme at the Stuttgart Academy of Art from 2018 to 2020. Moll has already been represented in numerous solo and group exhibitions, as well as performative formats, including at the Villa Merkel of the city of Esslingen, the Lotte Stuttgart project space and the Staatsgalerie Stuttgart.

The exhibition at SCHAUFENSTER JUNGE KUNST is sponsored by