I had to think of you / Ich musste an dich denken 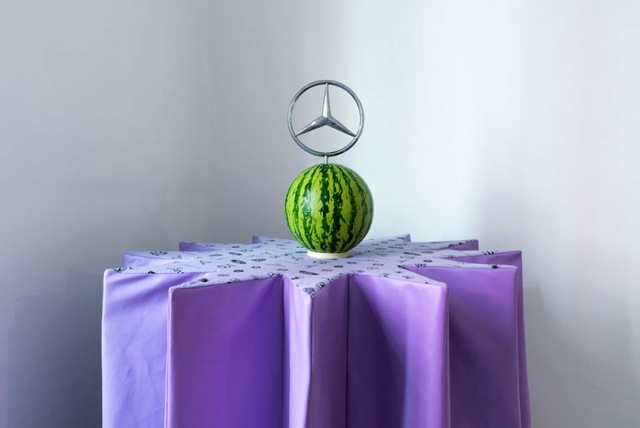 In the first institutional solo exhibition by the South American artist Ana Navas (*1984 in Quito, Ecuador), the Galerie Stadt Sindelfingen presents the artist’s previous output, here expanded and updated by her through the introduction of participative elements. In her work, the artist consistently examines such concepts as creativity, authorship, design and the aura of an artwork. Navas occupies herself with phenomena such as memory, translation, interpretation and authorship, interrogating within an artistic context those processes of assimilation that permeate within a design-oriented social perception.
In collaboration with the communications designer Santiago da Silva and Ana Navas, an eighty-page publication will be released in German and English, with a text by Madeleine Frey. The catalogue is made possible through the support of the Ministerium für Wissenschaft, Forschung und Kunst Baden-Württemberg.

Ana Navas (*1984 in Quito, Ecuador) lives in Amsterdam. She initially studied philosophy and history of art in Berlin. She completed her studies in visual art as a master’s student with Franz Ackermann at the Karlsruhe University of Arts and Design in 2011. Navas has been the recipient of several prizes and scholarships, including in 2011 the Stipendium der Landesgraduiertenförderung Baden-Württemberg, in 2014 the Stipendium der Kunststiftung Baden-Württemberg (Arts Foundation Baden-Württemberg), in 2015 “artist-in-residence ” at the CEAAC (Centre Européen d’Actions Artistiques Contemporaines) Strasbourg, as well as study visits at the Goethe-Institut in Salvador de Bahía, at the Cité International des Arts Paris and in 2018 at the Escuela FLORA ars+natura in Bogotà, Columbia. For two years, she was a participant of the “De Ateliers” programme in the Netherlands. Her works have been shown in numerous international solo and group exhibitions, including shows in Mexico City, Caracas, Strasbourg, Karlsruhe, Amsterdam and Stuttgart. The exhibition “I had to think of you / Ich musste an dich denken” at the Galerie Stadt Sindelfingen is the first institutional solo show by the South American artist.