While I Was Here 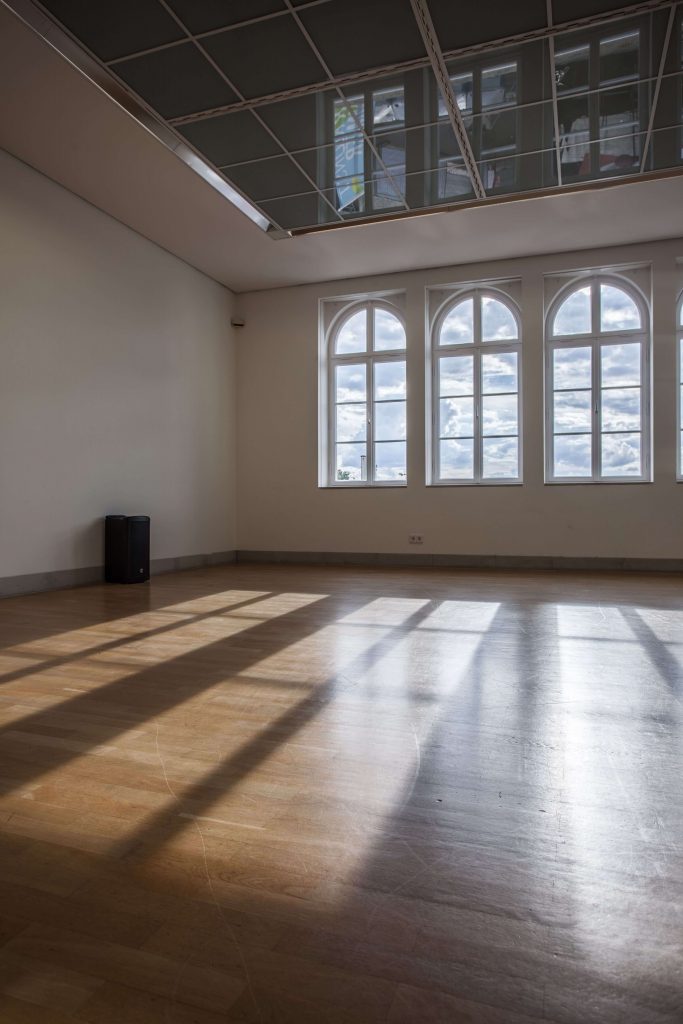 Jason Kahn, While I Was Here, 2017, Foto: Benjamin Knoblauch

The sound installation “While I Was Here,” produced by the US-American artist Jason Kahn (*1960 in New York) within the space of the Galerie Stadt Sindelfingen, is a purely acoustic artwork. Although “While I Was Here” is titled as an exhibition, there is nothing, here – beyond a loudspeaker on the floor – to be seen.
It is a known phenomenon within music psychology that each space has its own auditory identity, as unique and distinctive as a fingerprint. It is imbued with every resonance and every reverberation. The ear perceives the slightest difference in acoustics. It is this identity, that of the space, which Kahn seeks and depicts. For his installation in the Galerie Stadt Sindelfingen, he made audio recordings of his own present moment. By working with the sounds of his own body, and its auditory traces within the exhibition space, he interweaves his own identity with that of the location. Space and subject echo each other. The artist’s previous presence and the space’s current emptiness are made tangible through a loudspeaker that sits on the floor and produces sound.

The title of the installation lends the work a further, somewhat tongue-in-cheek dimension: “I was here” charmingly evokes the graffiti left by youths on places of interest, such as tourist attractions or monuments, with the visitor announcing their earlier presence. One could imagine, on the spot where the loudspeaker stands, a short message, scrawled on the wall in felt-tip: “Jason Kahn was here. 16.IX.2017”