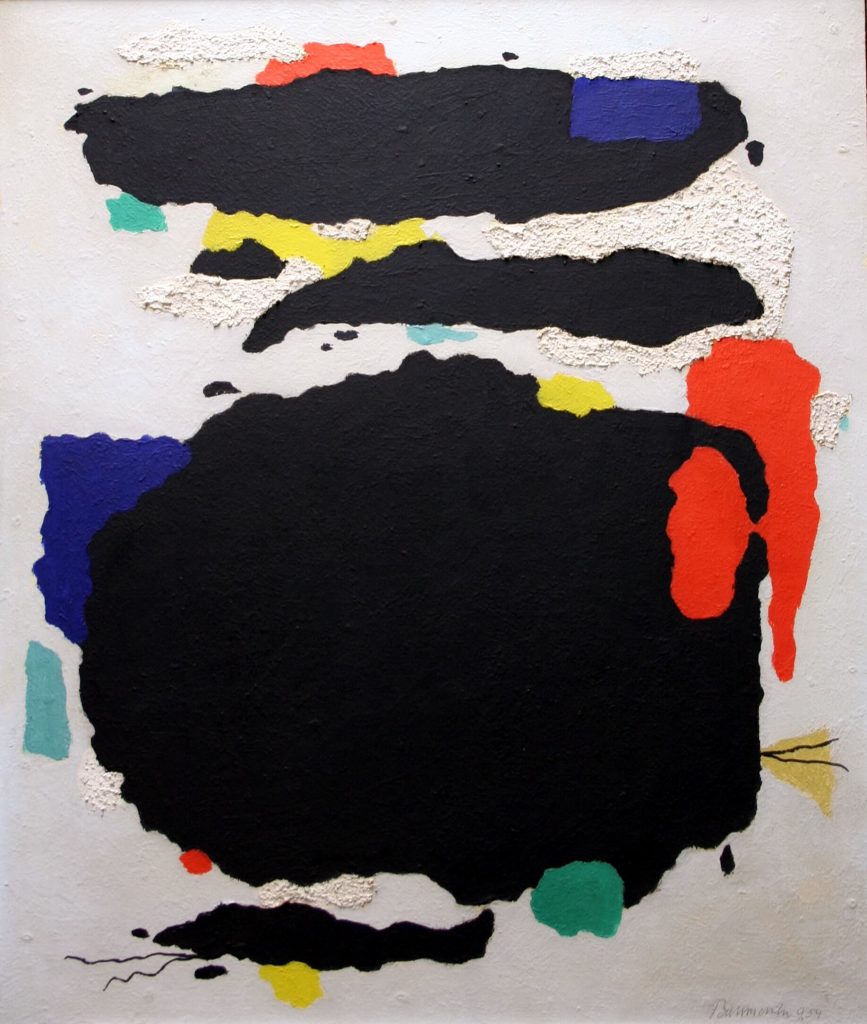 With the exhibition “Farbe und Formen,” the Kabinett Lütze addresses the abstraction of the image. At the beginning of the 20th century, new forms of art were developed through the interplay of forms, both geometric and organic, with experiments in color. Wassily Kandinsky, as a pioneer of the abstract image, was interested above all in the form and relationship within a picture. Oskar Schlemmer and Willi Baumeister picked up on those ideas established by the early 20th century isms and managed, through their connection to the Bauhaus, to develop a handling of form and color that was entirely their own. They developed a style of painting that freed itself entirely from previous structures. With K. O. Gotz, K. R. H. Sonderborg and Georg Kahl Pfahler, the exhibition highlights the following generation of artists, who pursued the informal. It was from this informal painting of the postwar period that Horst Antes sought a way back to an objective way of painting, but one that nonetheless continued the process of abstraction.