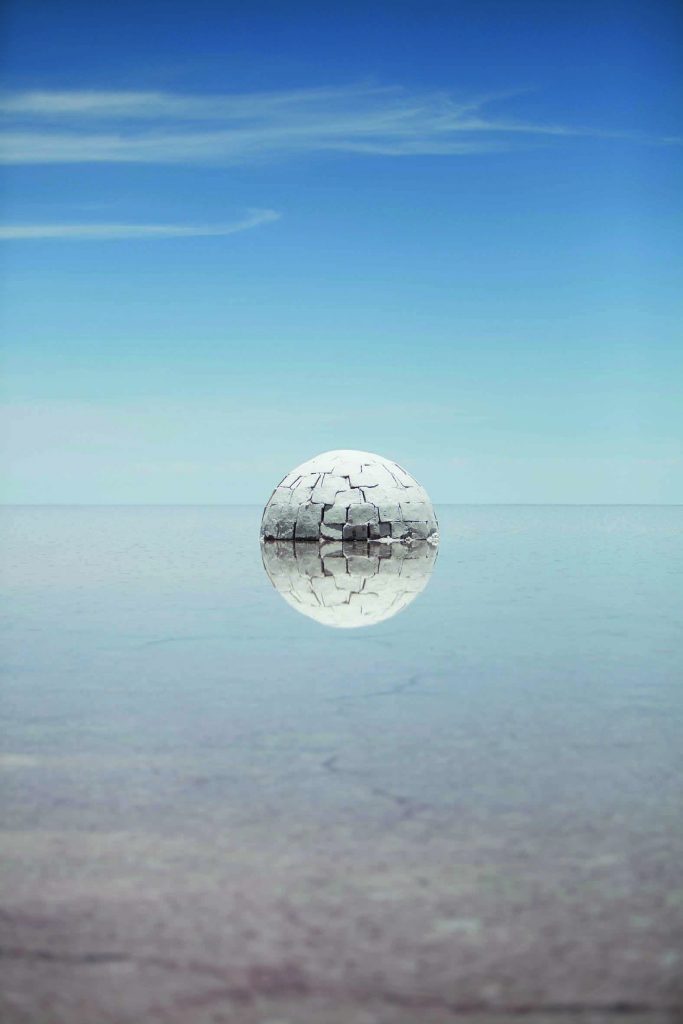 The sculptor Guillaume Barth realized the project Elina in the largest salt desert on Earth, in Bolivia. The name Elina is a compound of the Greek word Helios, meaning sunshine, and the symbols Li, for lithium, and Na, for natrium. Barth constructed the dome from salt blocks, the only material available at this location. As rainwater collects on the desert floor, a reflective surface is formed, and a mirror image is produced that seems to transform the hemisphere into a fully formed and seemingly floating planet. But Elina is ephemeral: the rain that brought the planet into being will also ultimately disintegrate it again. The salt desert is free of any form of life. However, it will be of elemental importance to the future life of mankind post-Industry 4.0, since beneath the salt crust lies what is thought to be the planet’s largest reserve of lithium.

Guillaume Barth (*1985 in Colmar, FR) studied at the ESAD/HEAR in Strasbourg. In 2015 he was awarded the Théophile Schuler Prize. In 2016 he participated in the 61st Salon de Montrouge and was a stipendiary of the exchange program between the Grand Est region and the state of Baden-Württemberg, a program that throughout 2017/2018 celebrates 20 years of its existence. His work with publications, sculptures and installations is enriched through travel, discovery and encounters with others.

>> PRESENTATION OF THE PUBLICATION