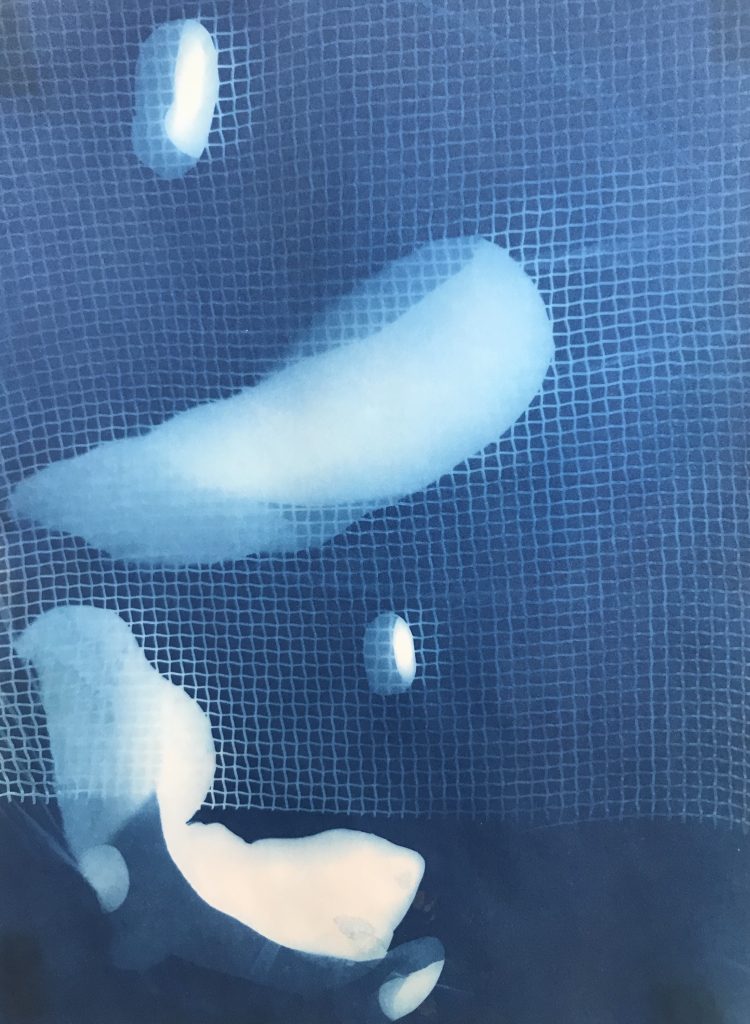 The installation PAYBACK by Jana Maria Dohmann negotiates the way we handle everyday objects and the values that people associate with them. To discuss this, she draws on the popular Japanese belief in tsukumogami as a figure of thought. These are tools and everyday objects which have acquired a spirit and can fight back if treated badly. The derived objects become house spirits which play silly, sometimes obscene, pranks on their owners, that can can even become violent. Dohmann projects this theme of the revenge of objects onto flared trousers which, depending on the trend, can either be declared to be a fashion statement or viewed as unwearable, serving only as a fashion gag at a bad taste party. Flares embody the commodity fetish that is constantly being talked up and down by the fashion industry.

The history of flares goes back to the tradition of carpenters. Becoming an expression of opposition to middle-class visions of life in hippie culture, it was later adapted by the techno scene in the 1990s as a nod to this anti-middle-class stance. In the installation PAYBACK the trousers now strike back, stepping out of their passive role. The objects react to visitors, moving around the space or making sounds from chirping, grating, howling, crying to cheeping and thus expressing their emotions. Despite the intentionally humorous component, this item of clothing can be taken to illustrate the workings of the increasingly rapid cycles of the fast-fashion industry and how clothes are symbolically and personally charged.

The image of the tsukumogami can be related to Bruno Latour’s notion of a Parliament of Things. Latour suggests that the strict division of human being and thing into subject and object is a modern fallacy. Flares and the narratives associated with them show that the world of people and the world of things cannot simply be divorced from each other, but are in fact interwoven. Clothes are an expression of social and political contexts. Dohmann discusses the aforementioned division in PAYBACK, turning the objects into sculptures of agency, giving them a resistant voice, and ascribing them autonomy.

Jana Maria Dohmann (*1988 in Esslingen / lives and works in Berlin and Leipzig) studied Cultural Work with an emphasis on art theory and art education in Potsdam and is currently studying Cultures of the Curatorial at the Academy of Fine Arts Leipzig. Her focus is on the development and application of performative strategies, collaborative practices and somatic research in the context of the curatorial. In her works she devotes particular attention to questions of cultural studies and object identities. Based on poetical experimental designs, her sculptures of agency explore considerations of collectivity and collaboration. Dohmann has featured with her performances in exhibitions at the Kunstverein Kärnten (2018), the Galerie KUB Leipzig (2018) and the Museum Kesselhaus Berlin (2017) among others. She has also interpreted works of Tino Sehgal at the Volksbühne Berlin (2017), at the Albertinum in Dresden (2016) and accompanied the Documenta 14 in Kassel (2017) as a performative art educator in a critical, somatic and dialogic practice.

The exhibitions in the SCHAUFENSTER JUNGE KUNST are supported by the Helmut-Fischer Foundation: