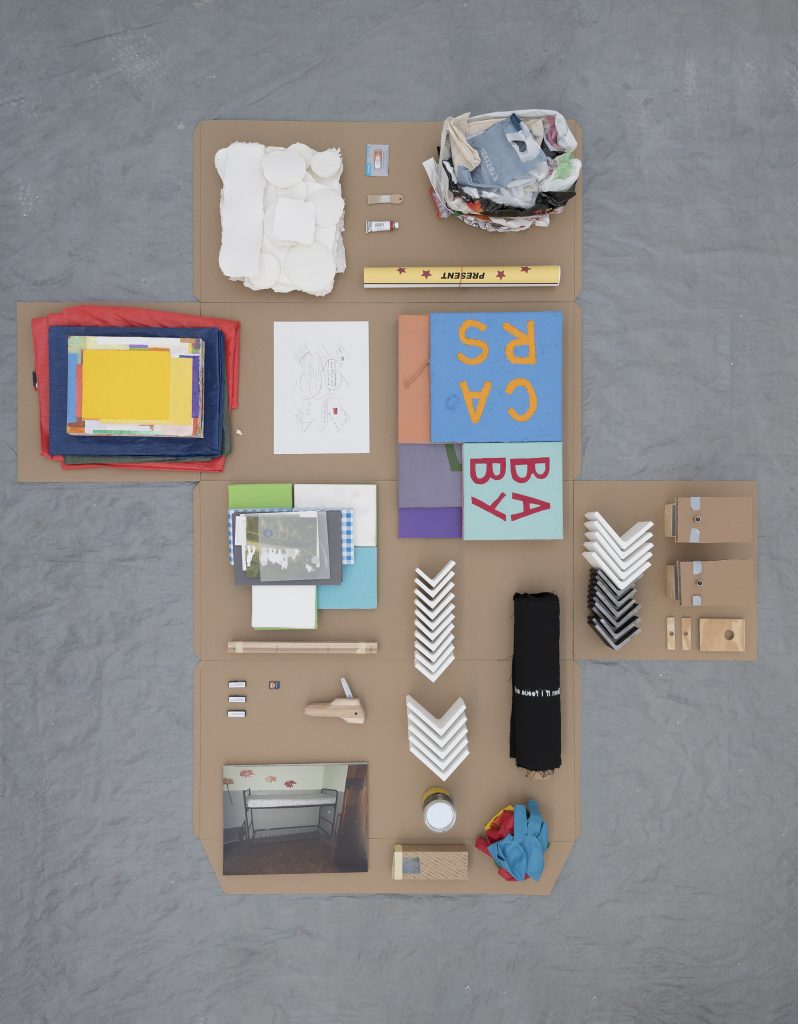 The exhibition project On the Quiet revolves around a parcel, that becomes a vehicle and producer of events. The simplest, cheapest way of sending something material from one place to another anywhere in the world is the postal service. On this basis, a parcel is filled with art for the exhibition. This receptacle contains everything needed for the exhibition On the Quiet and everything that is indispensable. A single parcel weighing a maximum of 31.5 kg forms the framework within which the invited artists operate. It has the flexibility to travel the world without involving any additional work, going from one museum to another: from the Galerie Stadt Sindelfingen to Kunsthalle Mannheim to the Museo Nacional de Bellas Artes in Santiago de Chile and then on to China, Mexico or South Africa.

With the advent of trade routes, the visual arts also became mobile, it was now possible to pack them up, transport and exhibit them. To begin with regionally, then transnationally, and today globally. Among other things, art is founded on an essential need for visibility and exchange, for extension within and outside its familiar terrain. In our present day, everything can be sent anywhere and received in any location. Although a name and address are given, parcels remain anonymous in their specific objectivity. They are moved back and forth for a specific purpose. A parcel opens up a space for everyday moments that reflect the thoroughly structured, anticipatory and unemotional nature of transport-bound communications. An uninsured art parcel squeezes its way in between—to a place where an everyday activity such as sending a parcel develops the potential to exhibit artistic diversity anywhere in the world and to elude the institutional paradigm of hyperfunctionality and controllability. The project On the Quiet risks its own meaninglessness by making use of the “postal package”: art travels “incognito”, only revealing its status once the parcel is opened. The freight is declared to be ordinary and impersonal. To be seen as a minimalist, subversive gesture and as a utopian model of an alternative art distribution system. And what happens if the parcel is lost en route? Then the project ends.

Exhibition view: On the Quiet