OUT OF THE DARK

30 Years of the LÜTZE Collection at Galerie Stadt Sindelfingen 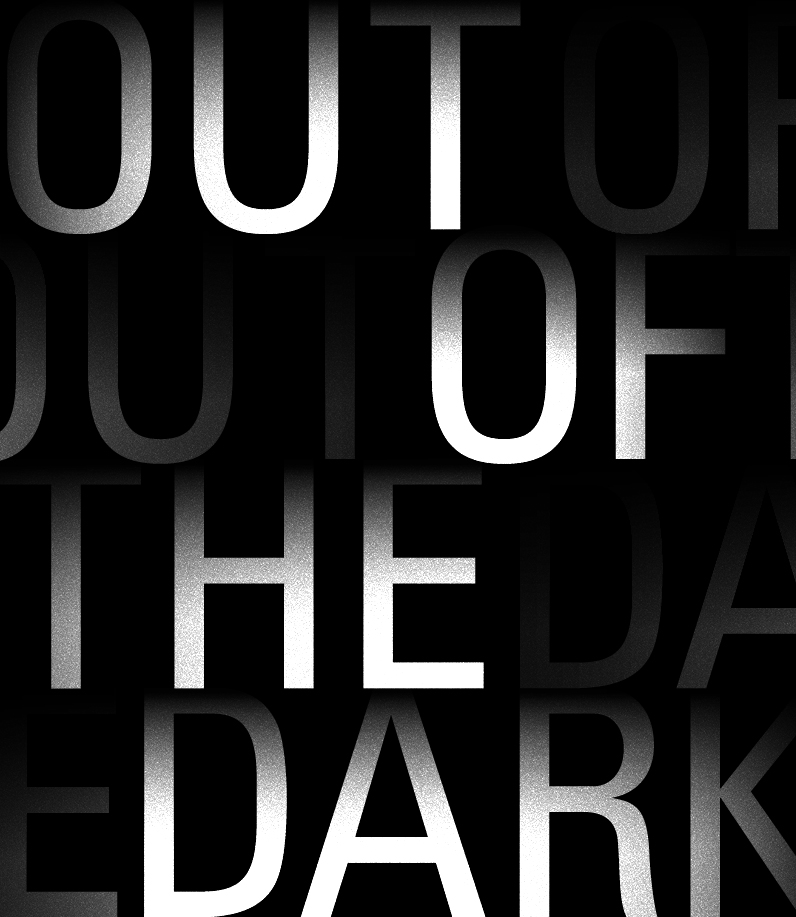 Out of the Dark, Design: Matter Of

DIGITAL EXHIBITION: Out of the Dark

The exhibition sees the clash of two age-old antagonists: darkness and light, with the presentation divided into two sections: Hello darkness, my old friend and Out of the dark, into the light!. Based on works from the LÜTZE collection, Dan Flavin’s monument for V. Tatlin, a loan from the Froehlich Collection in Stuttgart, and two recent contemporary artists, Anna-Maria Bogner and Benjamin Hönsch, the sections demonstrate the myriad facets, contradictions, but also meeting points of these two opposites. Combining older and recent positions, the show pursues one of the gallery’s core curatorial goals, presenting works from the collection to the public on the institution’s thirtieth anniversary. The exhibition also takes stock of the gallery’s own holdings, panning out new perspectives by recombining and rearranging the works.

Darkness moves people. Often we perceive it as a threat, as it limits or even robs us of sight. We feel the fear of facing nothingness. However, the meanings attributed to darkness are rather more multifaceted. In Christian religion, for example, darkness stands in contrast to enlightenment, attaining knowledge. Night is regarded as a time of rest and dreaming and thus as a playground for the imagination. These different semantic layers of darkness also feature in works in the LÜTZE Collection: peaceful or romantic nocturnes; sometimes ominous landscapes; images profoundly influenced by the traumatic experiences of the two world wars; works that deal with death; or abstract pieces that use darkness for its intense, even spiritual effect. Arranged by theme, in Hello darkness, my old friend these positions attempt to approach the complexity of darkness, thus exploring a cultural phenomenon that is part of our existence.

Out of the dark, into the light!

The colour white has many different cultural associations. In western Europe, white is identified with purity, innocence and renewal. In African countries, in contrast, it stands for death and in China for age, autumn and deceit. Neurologically, it stands for the perception of light. Fear of the blank (i.e. white) page and writer’s block is a fixed expression in literature and can also be applied to the empty canvas. In the Renaissance and classicism, the perceived white of ancient sculptures was an expression of an idealistic transfiguration of a past that never actually existed.

Working on a light ground and patches of white colour with minimalist forms allowed avant-garde artists in the early 20th century to set themselves apart from the gravity of 19th century art, symbolising their departure into a new age. In post-war art, the ZERO artist group took this departure one step further. Going back to the collecting activity of Diethelm Lütze (1931–2014) and housed at the Galerie Stadt Sindelfingen since 1990, the collection not only features ZERO artists but also a host of other works from 1960 to the present that combine the central use of white and formal minimalism. An emphasis is on exponents of concrete art from the south of Germany. The exhibition embraces the period up to the present, showing how this tradition lives on today in painting, sculpture and works on paper. The artist Anna-Maria Bogner is developing a work specially for the show in Sindelfingen, thus forging a link to the works of the LÜTZE collection.