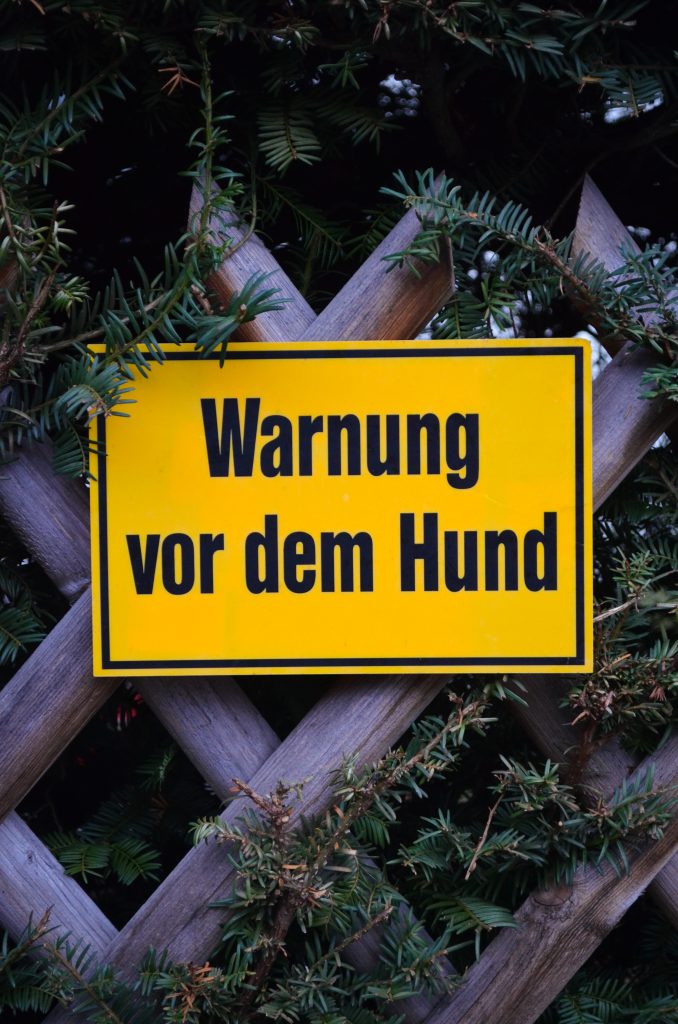 With their installation Warnung vor dem Hund, the artist duo SUPER VIVAZ (Lina Baltruweit and Johannes Breuninger) invites viewers to reflect on their own role in the social system. The focus is on the relationship between individual and collective responsibility. With their previous works such as Euch gehören die Bäume, uns gehört der Wald or Wie man dem überfahrenen Dachs die Welt erklärt (How to explain the world to a badger that has been run over), the duo already addressed contemporary social discourses on climate change and consumer culture.

The installation in the SCHAUFENSTER JUNGE KUNST consists of two parts. In front of the actual exhibition space is a house of cards made of passports cast in porcelain. These are a utopia: a draft of what the Ukrainian passport would look like if Ukraine were part of the European Union. A house is a symbol for a protected place of retreat, but the fragile house of cards contradicts this. It refers to the advantages associated with the passport, which can, however, be cancelled out by a change in the political balance of power.

The second part of the exhibition is located in the main room. Entering it, one stands in front of an artificial hedge. In this demarcated space there is a backdrop that resembles a rock garden. Within it is a greenhouse whose polycarbonate twin-wall sheets have yellowed and overgrown to the point that it no longer fulfills its original function of being a light-filled shelter for plants. The greenhouse is thus congruent with the hedge, which shields from view but is unable to protect and is just as fragile as the house of cards.

With the kind support of