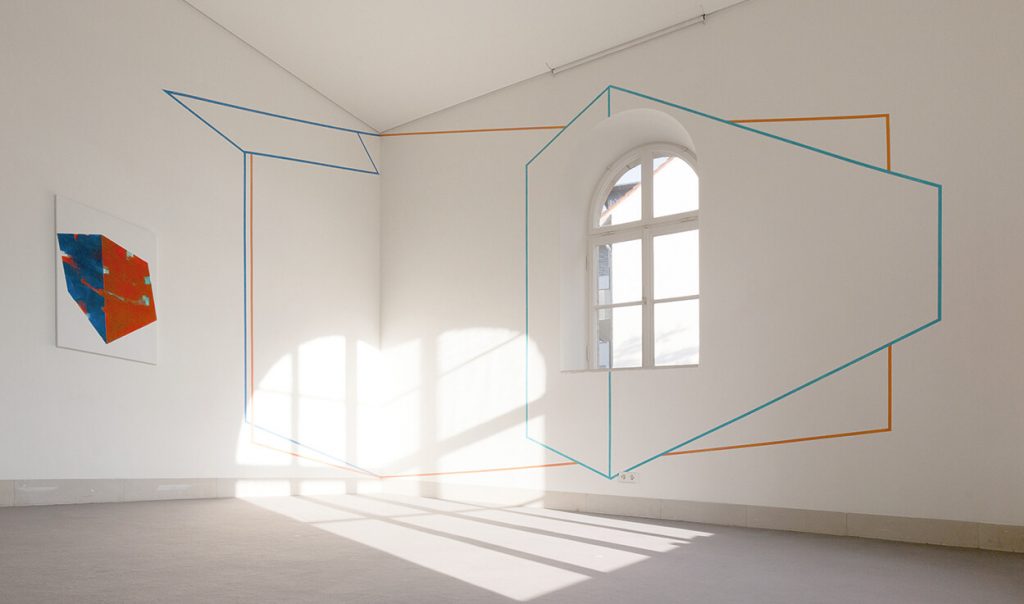 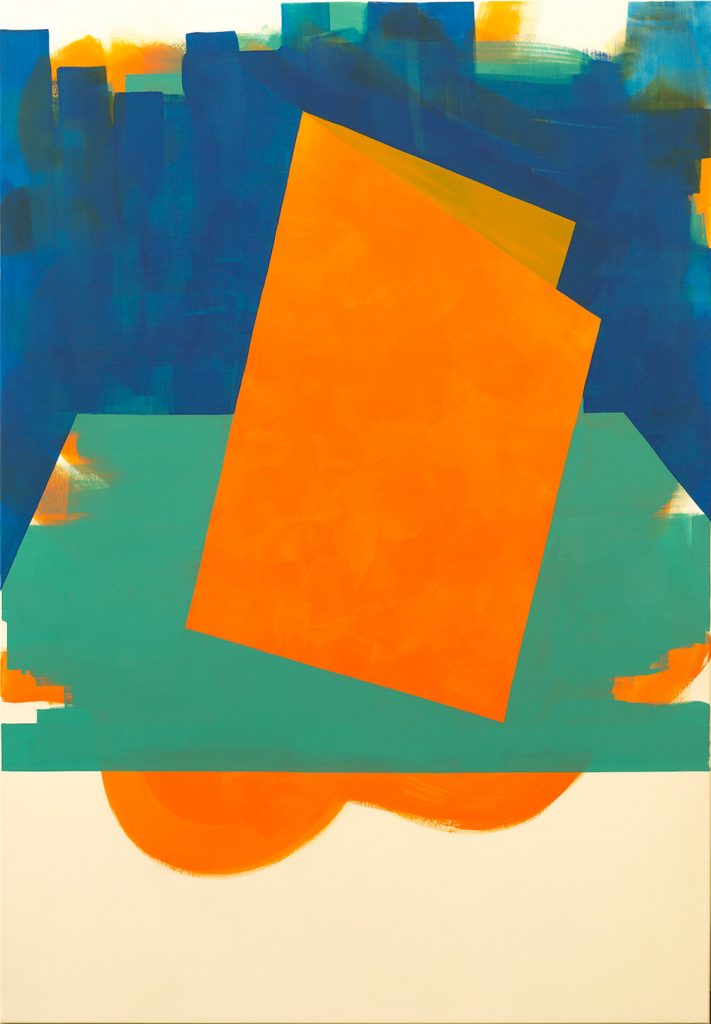 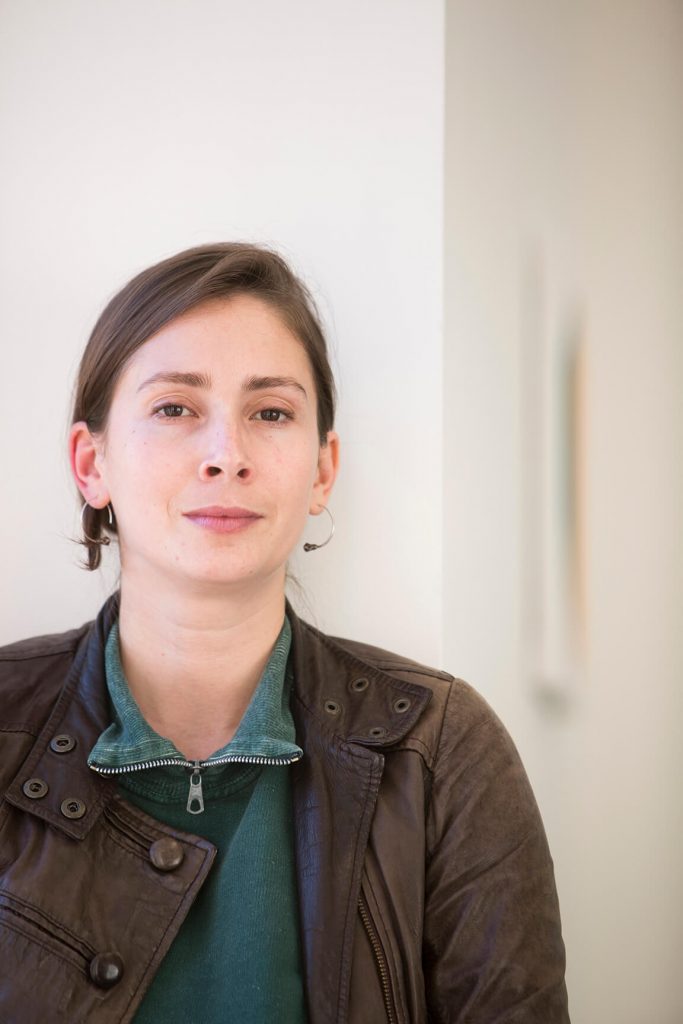 In the first exhibition of the SCHAUFENSTER JUNGE KUNST at the Galerie Stadt Sindelfingen, the artist Sarah Wohler (*1983) presents her architecture-related artwork “Prosperity 71063.”

In an engagement with urban space, Wohler takes architectural forms as a point of departure and further develops them in order to bring into focus the point where color, perspective and perception confront surface, line, space and light .

The high degree of abstraction in Wohler’s works plays on an aspect of exchangeability and repetition. Visitors to the space identify with it as they move through it, perceiving the changes in light, shadow and mirrored lines that occur as they do so. The space between the viewer and the field of projection opens up and transforms itself.

In “Prosperity 71063,” Wohler makes direct reference to the architecture of affluence. These are industrial buildings, erected for purely economic reasons, a so-called “zero-architecture” whose sheer expedience is symbolic of the town’s wealth. Wohler depicts the outer appearance of wealth, but without judging it. Her work is a dialectical analysis that recognizes the potential in the non-aesthetic or anaesthetic. The concept of prosperity can as such be seen as referring to both what work can achieve, as well as to work itself. It reminds us that a period of economic upswing is inevitably followed by one of economic downturn.

Sarah Wohler (*1983 in Tübingen) lives and works in Berlin. In 2011, she completed her master’s degree in history and art history at the Freie Universität Berlin. She then studied visual art at the Facultad de Bellas Artes in Sevilla, at the University of Greifswald with Prof. Felix Müller and, since 2013, at the Berlin University of the Arts in the class of Prof. Robert Lucander. In 2012, she was awarded the INSOMNALE – Greifswald prize and in 2016 she traveled to Cuba on a DAAD/PROMOS research scholarship. She has previously participated in numerous international group exhibitions and projects.

The exhibition is made possible through the kind support of the Helmut Fischer Foundation.